Growing in the forest

This area is where we share our class work and experiences with the wider community. We aim to publish a post on a regular basis showcasing our work and we welcome feedback. Please be aware that as our blog is accessed by people of all ages, comments left will need to be approved before being published so you may experience a slight delay before you see your comments on the blog.

Risen - The Musical of The Easter Story.

On Friday, 9th March 2018 Bransgore School were given the opportunity of watching The Easter Story come to life in the musical called 'The Risen'.   The talented singers and actors presented the story with their fabulous lyrics and encouraged us to join in too.    There were sad, happy and even funny moments.   A thoroughly enjoyable treat to end our World Book Day.

The story below was written by all the children at Bransgore contributing ideas! As you can see below, the story is written in paragraphs. Foundation started the story writing the first two paragraphs. Key Stage 1 classes then continued the story with each class writing a paragraph. In Key Stage 2 each learning group then wrote a paragraph. It was great fun as we could all see the story progressing on the screens in our classrooms! We hope you enjoy reading it.

Once upon a time in a magical candy castle, there lived a lonely young boy called Little Stunts, whose only way to keep himself busy was to exercise.  Little Stunts only friend was his shadow. Little Stunts lived in the castle with his sister called Big Red. One day Little Stunts was sent out into the wild forest by his sister to find a golden key to open …

“Where are you going?” asked the fat pink pig.

“Can I come too?” asked the fat pink pig.

Suddenly a fox appeared! The fox said, “Where are you off to Little Boy and fat, pink pig?”

“I’m off to find the golden key for the shiny treasure chest,” said Little Stunts.

The fox looked at the delicious looking fat, pink pig and said to Little Stunts, “Can I look after the pig for you while you go on your quest?”

“No, absolutely not! I need the fat, pink pig because he has a secret super power. He can…

“Prove it,” said the hungry fox.

At that very moment, the pig started to elevate gracefully up into the sky and after he did a little, elegant pirouette, he raced off like a boomerang into the forest.

The fox decided to join the magical quest in the hope that he might gain an extraordinary power too. So, Little Stunts,the fat, pink pig and the fox continued on with their quest. Before too long they came across a large, smelly……….

troll. “What on earth are you doing in the wild forest today?“ the troll  grumbled.

“We are looking for a shiny treasure chest and we have a key for it!” said little Stunts proudly.

The grumpy troll suddenly had a devious idea!

“I know where the treasure chest is - hand over the key and I will show you.”

So Little Stunts, the fat,pink pig and  the hungry fox handed over the golden key and trustingly followed the troll. After a while they suddenly………

stopped in their tracks! The troll shouted loudly, pointing towards the trees in the distance, “I think we’re lost! I’ll go ahead and check if the treasure chest is over there!”

An hour later, the green troll with warts all over his eyelids, magically appeared with the golden treasure box. Slowly, he opened it and…

a crimson red robin gracefully fluttered towards Little Stunts, whose eyes and mouth were wide open, and dropped a magical map into his cupped hand. Swiftly, the bird flew away. Written on the outside of the map were the words, “Follow me to the Isle of the Lost!”  Excitedly, Little Stunts, the fat pink pig, the hungry fox and the smelly, large troll set off on their quest guided by the ancient, dusty map.

As they reached the golden, sandy shore , a couple of playful, congenial dolphins appeared on the coastline and started chirping. Fox chirped back, “ Can you guide us to the Isle of the Lost, please?”

Carefully, they clambered onto the dolphins backs.  As they swished through the rolling waves, Little Stunts, who was holding the treasure map in his slippery hands, accidentally let go .

Little Stunts made a flamboyant grab for the dilapidated, shabby map; which was rapidly slipping away from him. Out of the blue, Little Stunts  toppled off the side of the stunning, turquoise dolphin at full speed into the bottomless, deep blue sea. As he was falling, he noticed a flash of orange glimmering in the water and a mythical Tunicorn appeared right before his eyes, holding the map in his shining, baby pink teeth. Just before Little Stunts could grasp the precious map, the Tunicorn……..

was aggressively battered away by a raging, blood red Kracken. As the surprised and shocked Tunicorn soared through the cloudless sky ungracefully, the ancient, dusty (and by now slightly soggy) map erupted out of his flapping fins. It fell down and down and down until ….

Suddenly, a fiery Phoenix (with peering red eyes) swooped down in a flash and caught the soggy map in it’s beak. Just as they started to think that all hope was lost, the fat Pig, with Little Stunts on his back, started to fire a torpedo of succulent pork sausages towards the Phoenix. However, as they flew closer to what they thought was a Phoenix, it turned out to be a daft and helpless pigeon.

As the pigeon swiftly charged at them, the fat pink pig swatted it with a giant bacon butty that he had been keeping warm under his armpit.

“That’s disgusting,” screeched Little Stunts, “But well done, you did defeat him.”

Following the map they discovered the treasure in a volcano. It was inside a giant dragon egg. Cracking the egg open with a teaspoon (that he always carried with him), Little Stunts stared at the mountain of golden coins inside.

Happily the friends all flew home on the fat, pink pig to tell Big Red all about their adventures.

Wow! We have been so impressed by the enormous effort we have put into our World Book Day costumes; well done adults!

We have had a brilliant day, starting off with a special worship. After that, we started our Readathon where we all tried to read for as long as we could...we have some very resilient readers in Bransgore! It was just magical to see children curled up enjoying a book of their choice. The children astounded us with their perseverance and love for reading; a huge 'well done' to everyone! Please can I remind you that sponsorship forms and money should be handed to the School Office by Friday 10th March; thank you!

In addition to this, the children also visited our brand new School Library...they loved it! We have also been on a Where's Wally hunt in the playgrounds and have been enjoying book related activities. Thank you again for a superb day! 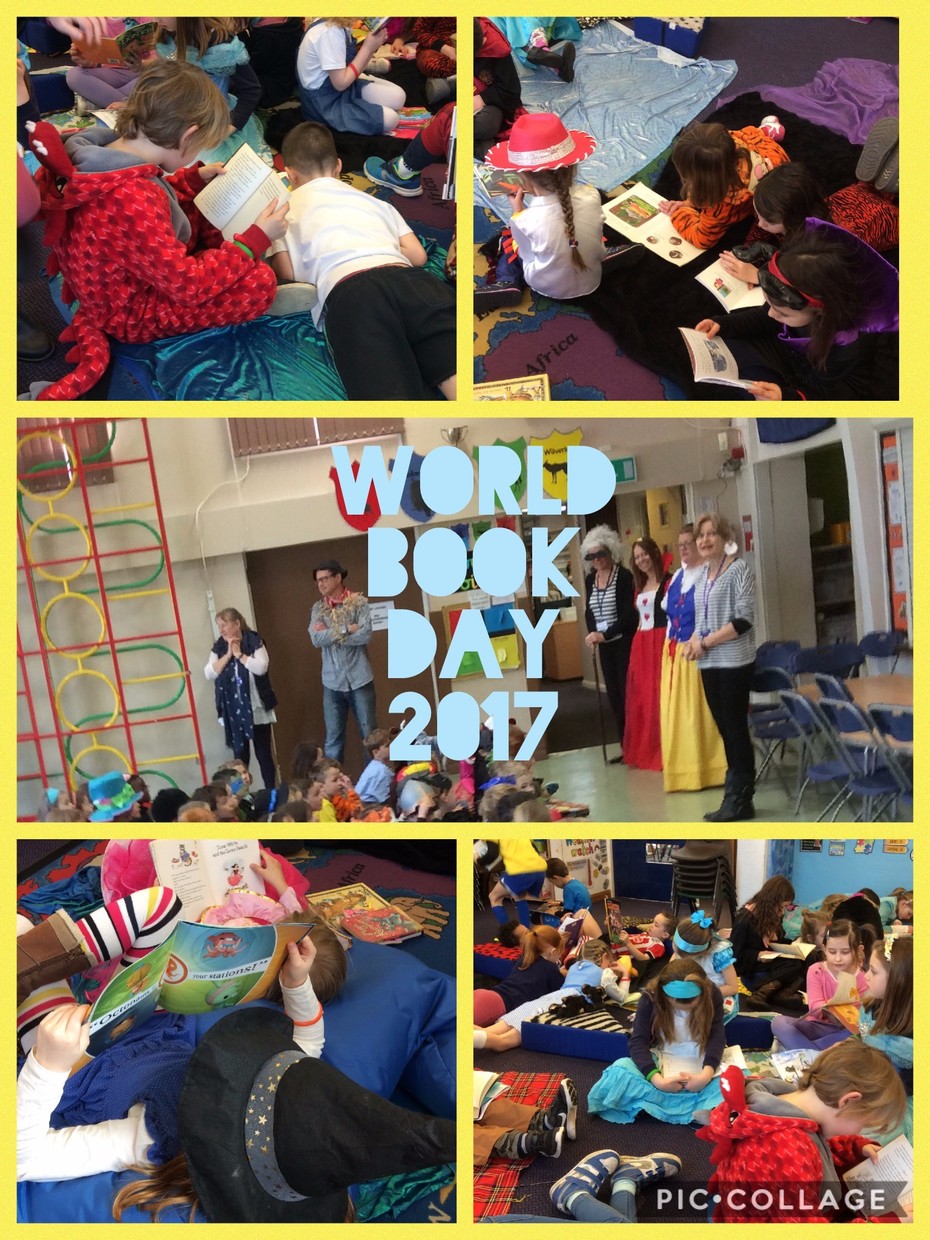 © 2022 Bransgore Church Of England Primary School.
school website, mobile app and podcasts are created using School Jotter, a Webanywhere product. [Administer Site]
We use cookies to provide you with the best experience on our website. Read our Privacy Policy to find out more.